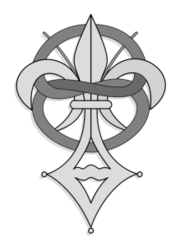 Like them, hate them, fear them, or regard the whole idea as preposterous, a fiction, a colleague of mine in The Priory sent me a long Platinum play in late May .

It generated over 30 responses, mostly calling the group “fake” and worse. Some even directly attacked me and my friend, whom I’ve known as a Priory member for over 20 years.

To refresh your memories, here are his comments on June 5: 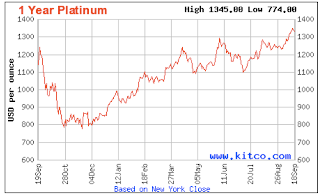 Where does the metal stand today? At around 1348. So let us do some more math:


The Priory reinvests its gains so their annual return would be much higher. The above assumes you “take the money and run almost every day.”

I know this looks complex and we are estimating a few things but we now have almost 5 months of data to back The Priory’s trading methodologies up.

Why am I posting this?

1) You asked me to keep you informed so I am.

2) Although you cannot trade their methods it shows there are many ways to make big $$ out there and no single formula.

3) By their own claims, The Priory’s wealth is immense and its power unimaginable.

5) Again, for whatever it is worth, the Platinum idea is but one of many ideas that these folks have brought to me over the years.

Some day I'll write up the first one. which was given to me in return for some legal work done in the late 1980's. It's a great story, but I'll save it for another time.

Would love to see current thoughts, a new position etc. from this group.

OK lets do some math..you are spinning a nice tail to show how awesome that call was but if we step back a tiny bit, that was less than a 15% gain. Lets look at some other well known trading vehicles in the same timeframes.

In fact I bet you could have thrown a dart at the stock pages and bought any symbol and beat your 14.7%

Also...since you also are spinning a tail (OK tale) of leverage I could have traded Single Stock Futures in GS and IBM to make the tail look even better.

Superb post. he Priory is real keep them coming.

The Goldman Sachs et al ideas are irrelevant. Those are merely picks AFTER THE FACT with the benefit of hindsight which has 20/20 vision.

Whereas the prediction of the rise of Platinum by The Priory on this board was IN ADVANCE of its massive rise and was ONLY one pick.

Thus we are not just comparing apples and oranges but apples and assholes.

As someone who has "cleaned up" year after year as a minor investor in Allan's private hedge fund, I can attest to his use of unorthodox methods in his picks.

That is one of his strengths not his weaknesses.

Bottom line, I was worth a few hundred thousand a few years ago when the economy was booming. Now I am a multimillionaire.

All of this during a major recession/depression in which I lost my job, my home value got cut in half and I relied on Allan and his hedge fund and ideas.

If Allan sees fit to post something, I suggest you take it seriously.