Human growth hormone ($3 billion market, entering Phase II) that could potentially be injected twice per month instead of daily injections. Interferon beta for multiple sclerosis ($4.5 billion market) that may have dramatically lower side effects. Our CTP-enhanced therapeutic proteins pipeline has the potential to dominate a $25 billion market.

CTP is a small peptide naturally found in the body as a portion of the hormone hCG, and in fact provides hCG with its superior longevity. We attach CTP to other proteins and significantly increase their lonevity as well.

Merck and PROLOR have the exclusive license from Washington University to utilize the CTP technology. On January 28, 2010 the European Commission (EC) gave Merck & Co. marketing approval with unified labeling valid in all European Union Member States for FSH-CTP, now branded as ELONVA® 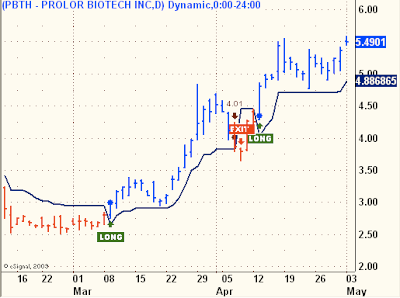 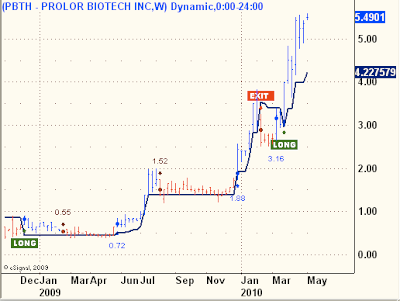 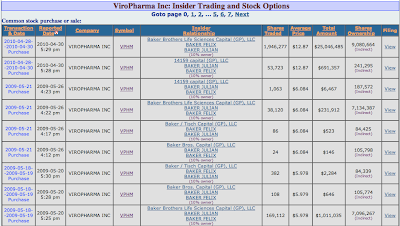 This is a list of insider-Buys for VPHM for the past year.  Note that the last time the "Baker Brothers" (10% owner) bought shares was a year ago and at $6 a share.  One year later and at $13 a share, they are buying again.  Note also the size of the I-Buy, almost 2,000,000 shares, way more then a year ago at half the share price.  Significant? 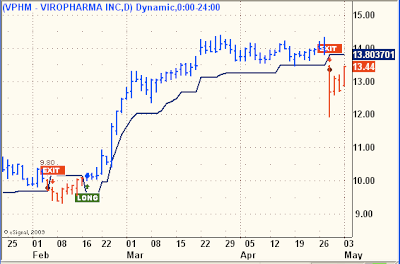 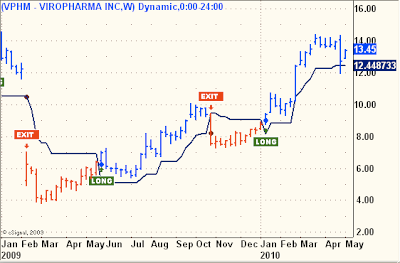 An interesting feature shared by both of these picks is that both company's are making presentations at Biotechnology conferences this week, VPHM on Tuesday and PBTH on Wednesday. Two stocks with their own stories to tell and possibly catapult respective share prices.  Its the game we choose to play.

Allan,
The two picks are for public or passed first to subscribers?
Always peculiar picks from you
thank you

A little of both; one was sent out to subscribers about one hour before I posted and the second was introduced right here on the public site.

Looks like the train left the station 2 months ago ! for PBTH

Thanks for bringing this to my attention, it's now fixed.

That was merely a typo, TYP is LONG from last week. If you read the Weekend Update, TYP was one of my Trades of the Week on the LONG side.

Please understand that I update over 50 symbols in multiple time frames and its all done manually. Once in a while, a typo happens, usually caught by me before sending out the tables, but in this case it slipped through to subscribers. This should have been obvious in the context of the write-up in the Weekend Update, TYP is on a fresh BUY.