The look of Dow 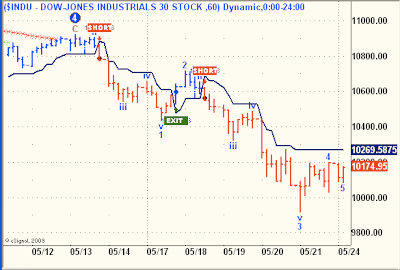 This is the 60_minute DJIA, still entrenched in a short-term SELL, despite market strength over the past couple of days. 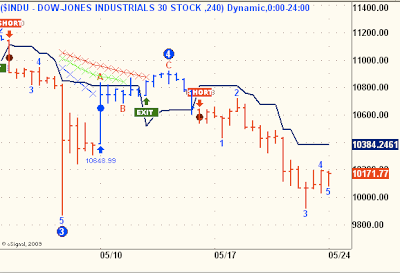 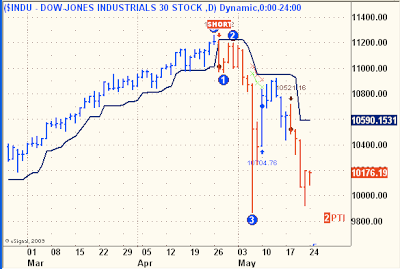 I consider this the most important of the three charts.  It's a Daily DJIA that suggests the decline of the past few weeks is unfinished.  Note that there are several hundred DJIA points to go before this Daily trend is even threatened.  That's where the 60 & 240 minute charts come in, early warning systems which haven't yet been triggered.

I just don't see the Dow dive that this chart seems to indicate. Looks pretty much unchanged today.

NNVC looks to be forming a triangle now at the 1.85 area.

Looking further at NNVC chart. If IT breaks in a direction from this triangle at the 1.85 area,it looks like the Upside target is around 2.20-2.25 and trendline resistance there.
and the downside target looks like the 1.40 zone .

BP is making another attempt to plug the jug on Wednesday, 26th. If successful, this might give the stock market a little bit of light in an otherwise abysmal world situation.

Nasdaq has a loose correlation with silver. Nasdaq v. Ag This correlation is due to silver's essential role in technological manufacturing.

However, just as gold has resumed its role as a monetary currency recently, silver's historical place as money is lurking in the shadow.