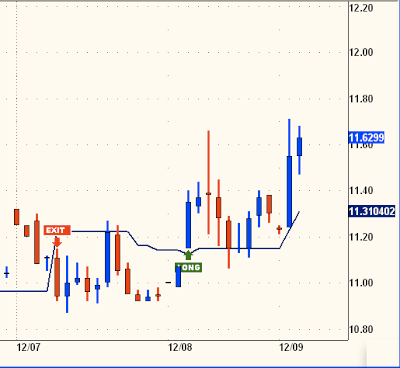 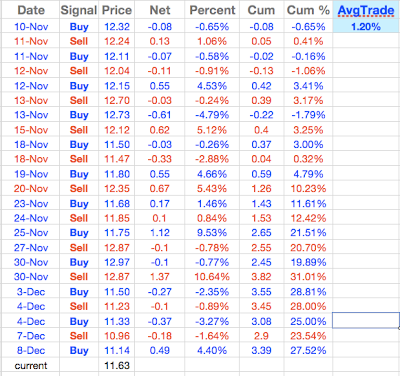 A little off its equity highs since inception, but who gives a shit?

Going off topic here, I was wondering if you had any ideas on stocks we can look into, or you can recommend, in the Brazilian Market?

The Summer Olympics will be hosted there, and I am thinking there might be good opportunities .

If I am out of line asking you this question, please excuse me.

Hi Liam, this is something I can respond to, since Ive spent the last 4 days analyzing every Brazilian ADR available, studying charts, reading articles and reports where I can find them.
I too like the idea of investing in Brazil. I figured the idea out about 6 months ago. I thought I was so brilliant ,I must be the only investor who figured it out.
But if you look at any chart of almost any brazilian stock.....they have risen almost Parabolic since march. and they are STILL rising !!. not even dipping to the 20 day MA let alone the 50 day MA.
In all the ADR's for Brazil.... there were only 2 that made a significant correction in recent weeks.....SBS and PDA.
I like both of these stocks. SBS is the water systems infrastructure ...a great idea. It will be one of my core holdings.

PDA is a brazilian foods company...also a great play for investing.

But even with the moderate correction on these stocks...they appear still at the high side of the big move from March, and IF the global (U.S.) market structure makes any major correction in these current and coming weeks, SBS and PDA may fail to move up from their current positions.

Onr of the most popular and most attractive 'investments' is the brazilian small cap ETF ....BRF....look at that chart,look at CBD (brazil consumer goods)...look at any of the charts,and you will know why its unwise to Enter these vehicles at this time.
One more example,the Chile ETF....ECH, is Still Going Parabolic !! with NO correction since the march bottom.

My thought is it might take patient waiting for at least 3 months to see a real correction that would make investing worth the risk . Right now,its hard to find any stocks that look oversold,
the greater markets are waiting to correct. It could be happening now.
This is the picture for going Long investing.
For going Short..... when the timing is right...(the big question ).... I imagine choosing one or two ETF and enjoy the ride.

Themes to invest in, like Brazil, India, Taiwan,China,Indonesia,Chile,Canada,Australia,Korea,Thailand,even Vietnam....are considered as economies moving forward...their elliott wave structure shows bull markets entering wave 5 or wave 3 ....for example in India, the major motor company,Tata Motors, is like the Ford of India...but like 1920,when Henry Ford was beginning to be successful with the Model T and A car....or like GM in 1956 when the USA was just building the Interstate super highway system.
Tata Motors (TTM) will be a great investment like Ford and GM was in their heyday. BUT...go look at TTM's stock chart right now, It is parabolic,through the roof, and unwise to get in right now.
Here's an even worse example,of India bubble stocks....look at RDY...another stock I want to invest in. Parabolic !. Largely because these few India stocks are the ones listed on the NYSE .Everybody rushed into these stocks.I was stupid and sold them too early,when I believed Allan and Prechter's warning of market collapse and sold everything in late september.

So,anyway, mu point to you is...... keep studying and researching,but look to be patient ,and dont jump into anything without alot of study.

I look forward to the day when the market makes a real correction,maybe to the July low,In the Brazilian and Indian market,and China, but right now is a long way from here to there.

For Long investing,this is a time to be patient.and protect what you have.

For day traders, Allan is demonstrating that you can take any thing and trade it well if you have a good system.