OK, I'll say it since you are too polite and respectful to point out the blooming obvious, I missed the rally. Maybe hard to believe, but I really didn't miss it. Late last week it appeared that a counter-trend rally was in order. On Thursday, I even hinted at it on my Blog:

What I didn't expect was a rally lasting very long or carrying very far. One can argue that in light of a 6,000 point Dow decline over 12 months, that 1,000 points over a couple of days is not worth getting excited about.......

If it weren't for Turkey Day, which from the traffic and stores is now Turkey Week, I would suggest that this rally has just about run its course. With 2 1/2 days to go this week, I suspect the rally might extend, although neither would I be surprised if a violent decline were to be in it's immediate future. In other words, sometimes I am more certain of the market's immediate path then at other times and this is one of those other times.

What I am more certain of is that the Bear has not been broken and that lower, maybe much lower prices, still lay ahead.

Maybe we all need a few days off, to spend with family and loved ones and to give thanks for the better times and special people who have crossed our paths this time around. 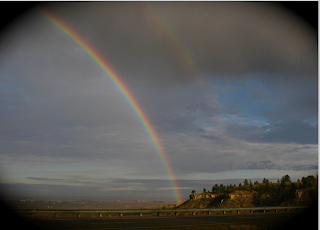 Actually I felt you were pretty much on the mark the last couple of days. I paid attention to the "tradable rally" comment and was able to make a couple of small profitable Ultra long trades yesterday and today. I coulda gambled, but I'm learning this market is unforgiving to pigs :)

True dat on the days off ... I'm all cash now. I do plan on setting a couple of stop buys on the Ultra shorts, in case the rally gives me a generous entry point.

Have a good break!
Wayne

Same thoughts as Wayne, Allan. My Q's shorts were showing a massive unleveraged 18% return, which I took on the daily MC triangle chart that you highlighted, before this suspicious rally set in.

In fact, late last week, some of the triangle scores on the indices were changing too, a signal to at least take some profits off the table. Your comment on a probable rally at about that time was spot on.

But I'm keeping it simple from now on, just weekly triangles for trades. Too much monitoring defeats the purpose of the system, as you pointed out.

Happy Thanksgiving and thank you very much. Your comments are really helping me hit the ground running on developing a mechanical trading system.

I am Canadian so we do not celebrate Thanksgiving.

Should I alter my trading regimen?

Does Northern Sky have any significance other than that rainbow picture?

MUCH MORE is possible (like getting rich fast did you see that NNVC move?) if you follow the AllAllan blog!

Hi Allan, for educational purposes, could you share how you smelled this rebound? I certainly did not see that train backing up so fast..

abot, Good question, simple answer, difficult explanation: From the beginning of this decline, about one year ago, to the lows of last week, I count five pretty clear legs, 1, 3, and 5 going down, and 2 & 4 going up. After a complete cycle of 5 waves, expect a 3 legged counter move up - down - up. After that third up, another vicious decline, probably not quite as bad as the past three months. This is rudimentary Elliott Wave, but as you can see, it does provide somewhat of a compass.

Happy Thanksgiving A. I hope we can cross paths again this coming Feb when I am in Scottsdale.

Boy, I wish I could download a bit of your knowledge... faster! haha.

Aside from pure technicals, When do you expect the floor to give? yearend reports early january or before or with another event?

greg: if you're buying, i'm there.