This might only make sense to those of you who have watched Californication over the past few years, or those of you who have read this blog, have been privy to a personal search for meaning, for intimacy, for love, for happiness, for fulfillment. Fantasy and reality are part of all of our lives.  A character walks through a movie set and sees the moments of his life; or is it life itself that is one long movie, one that ends too soon, too sad, or maybe was too full of hope?  Memories and visions that seem like a better life then we lived it.

What amazing karma, Japan returning the favor from World War II; radioactive Iodine 131, Cesium 137 and Xenon 133, across the Pacific and falling down on us with the rain.

What does it mean?

They took it off of the front pages and the network news and in its place, the bombing of Libya:

Four nuclear reactors out of control:

These two photos on the front page of Drudge Report today (March 23), a contrast that goes far beyond the  obvious.  I hope some of you get what I am saying.....and showing here. 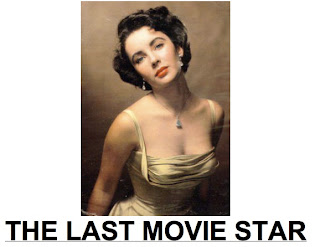 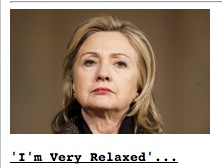 They play the instrumental background of this classic Paul Simon song in one of those incessant CNBC commercials. Here is the whole, beautiful song. Expect it to resonate in your head for a while, a time to reflect on the years that have aged the man but have left the eloquent lyrics and feel of the song untouched.

Out of the east Saturday night, the Supermoon.
Out of the past, a talent who died way too soon.
But don't we all.........

Lost city of Atlantis, swamped by tsunami, may be found

By Zach HowardSat Mar 12, 11:36 am ET
NORTHAMPTON, Mass (Reuters) – A U.S.-led research team may have finally located the lost city of Atlantis, the legendary metropolis believed swamped by a tsunami thousands of years ago in mud flats in southern Spain.
"This is the power of tsunamis," head researcher Richard Freund told Reuters.
"Freund's discovery in central Spain of a strange series of "memorial cities," built in Atlantis' image by its refugees after the city's likely destruction by a tsunami, gave researchers added proof and confidence, he said.
Atlantis residents who did not perish in the tsunami fled inland and built new cities there, he added.
The team's findings will be unveiled on Sunday in "Finding Atlantis," a new National Geographic Channel special.
While it is hard to know with certainty that the site in Spain in Atlantis, Freund said the "twist" of finding the memorial cities makes him confident Atlantis was buried in the mud flats on Spain's southern coast.
"We found something that no one else has ever seen before, which gives it a layer of credibility, especially for archeology, that makes a lot more sense," Freund said.
Greek philosopher Plato wrote about Atlantis some 2,600 years ago, describing it as "an island situated in front of the straits which are by you called the Pillars of Hercules," as the Straits of Gibraltar were known in antiquity. Using Plato's detailed account of Atlantis as a map, searches have focused on the Mediterranean and Atlantic as the best possible sites for the city.
Posted by A at 9:56 AM

AllAllan is back....and its about time.

It is about time.

The two of us rented a pay-per-view movie last night from Cox Cable, "Garden State." My girlfriend of 18 months, my roommate, my best friend, my love; we both really liked Garden State.  She is from New Jersey which is the locale of the movie, so it brought her back to a time, to a place, to her home from long ago.  My home it turns out,  is still ahead.


"Garden State is a 2004 comedy-drama film written by, directed by, and starring Zach Braff, with Natalie Portman, Peter Sarsgaard, and Sir Ian Holm. The film centers on Andrew Largeman (Braff), a 26-year-old actor/waiter who returns to his hometown in New Jersey after his mother dies. The title alludes both to the nickname for New Jersey, and to lines from Andrew Marvell's poem "The Garden" ("Such was that happy garden-state,/ While man there walked without a mate").

"Zach Braff describes the themes of the movie as 'love, for lack of a better term. And it's a movie about awakening. It's a movie about taking action. It's a movie about how life is short, go for it now. My character says, 'I'm 26 years old, and I've spent my whole life waiting for something else to start. Now I realize that this is all there is, and I'm going to try to live my life like that. I have this theory that your body goes through puberty in its teens, and the mind goes through puberty in your twenties," he says. "[Andrew] is dealing with issues that you are going through all the time going into your thirties. He's lost and lonesome, which is something I definitely felt in my twenties'."

He didn't get past the thirties in his explanation. But maybe this dialogue from late in the movie explains it for the rest of us.  It is between Andrew (Braff) and Sam, (Natalie Portman) Andrew's new-found love interest. The two met while Andrew was in town for the funeral:


Andrew: You know that point in your life when you realize the house you grew up in isn't really your home anymore? All of a sudden even though you have some place where you put your shit, that idea of home is gone.

Sam: I still feel at home in my house.

Andrew: You'll see one day when you move out it just sort of happens one day and it's gone. You feel like you can never get it back. It's like you feel homesick for a place that doesn't even exist. Maybe it's like this rite of passage, you know. You won't ever have this feeling again until you create a new idea of home for yourself, you know, for your kids, for the family you start, it's like a cycle or something. I don't know, but I miss the idea of it, you know. Maybe that's all family really is. A group of people that miss the same imaginary place.

Sam: [cuddles up to Andrew] Maybe.

I left in that last line about Sam cuddling up to Andrew as it is a natural lead-in from how things went from the start, with the two of us watching the movie, eating pizza in bed, watching TV on a near perfect Friday night. It was a few hours later when everything changed.


It started with her 15 minute soliloquy, or should I say sermon, of how her home is a moving target and you find it when you find the right person to fall in love with; how she thought she was home with her first two husbands, but she was wrong.....and that she still wants that right partner, the one who, "gets her, understands her,  feels right for her and when happens, she will know it."


A frozen moment in time, we both realized what had just been said. Words cast out in a searing flurry of honesty; brutal, irreversible.


When two people are so far apart on their respective paths, there is nothing left to do.  My bad, for reaching so hard for a home, for a love that in one fell swoop, became just some imaginary place.


Time is running out, the first lesson of turning 60.