Where am I going?

The last day at the beach began with grace bestowed beneath an orange morning sky. The divine gifts of sunrise, of seabirds and of that calming cadence, the symphony that is the ocean. Two daughters and a father, a moment frozen in this snapshot of three lives.

In the Charleston drizzle we say our good-byes and soon my plane soars above the clouds. Around me strangers travel with their own tales and woes. I try not to think too much. Say yes to a Jack and ginger ale. Why have I left them behind once again? Where am I going and why am I going there? When the Jack comes, these questions will fall away unanswered and I will kick them beneath my seat.

"We Bought a Zoo," is shown hanging from a screen in the first class cabin. Matt Damon and his two children buy a zoo to move on, to ease the loss of his wife and their mother. The story is about living from your heart, not your head, letting go of the past and living your life in the present on your way to the future. At the end of the movie Damon takes his son and daughter to the spot where he first saw, first talked to their mother. He finds 20 seconds of courage and the words to fill them. "Why would such a beautiful woman like you want to talk to a person like me?" She looks up, sees his heart through his eyes and answers, "Why not?"

We didn't get to land in Phoenix, not as Delta planned. Wind shear swept under the nose of the plane just 200 feet from setting down on the Sky Harbor runway: Divert to Tucson. Safely in Tucson, strangers on the plane become intimate friends, together having flirted with, then avoiding disaster. We were in the hands of a talented crew well trained to save lives. We mingled while men in green overalls refueled the plane for the 90 mile jaunt back to Sky Harbor in Phoenix. This time we touched down, the cabin door opened and baggage was unloaded. Two hundred twenty stories scurried into the waiting embraces of friends, families and rental car shuttles. Not a seabird was seen among them.

I'm tired, my years dwindling, drifting away. Yet there was still joy to be made out of the moments when six foot-prints worked a path through the sand. From under my seat I had pulled out the one that asked, "Where are you going?" It's where I have always been going. A special place where someone cares that I have come home. Where she reaches out to touch me and remind herself that I am in her life, real, that she found me and will never let me go. That is where I am going. It is a journey that never seems to end.

So darling
My darling be home soon 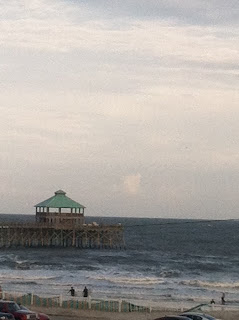