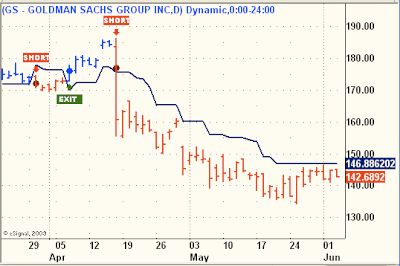 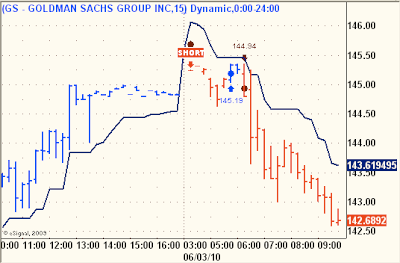 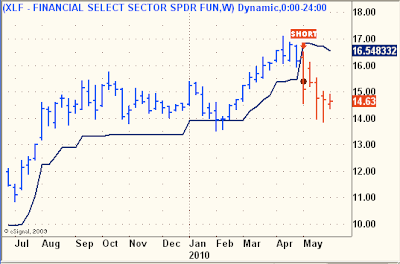 XLF Weekly Trend Model
Posted by A at 9:55 AM

Too, too weird, the whole Dolce Sitges post just disappeared, who are those guys?

MRNA isn't going to be followed any longer? Did I miss something?

What's the 240 chart say for xlf?? I'm getting ready to go long the market.

The Bilderberg Group is meeting at the Dolce Resort in Sitges, Spain for three days this week.

I think the beat down the Lakers just put on the Celtics is bullish for the automotive industry. You see, Phil Jackson led teams are 47-0 in playoff series' where they take a 1-0 lead. Thus, there's a strong probability of a Laker championship. This would lead many of our more... um... exuberant fans to take to the streets and destroy some stuff. Most likely automobiles.

I see a short term play here on all the car and auto part companies.

Man I hate the Celtics...

Hating something like a sports team .... players you dont know,multi millionairres who have no loyalty to a city or its fans,no loyalty to their own team when their two year contract expires,they go where someone offers them more millions...what kind of 'culture' is this? What does it really mean ,the whole concept of a 'team' is meaningless when players put on a different uniform every few years.

what kind of human mentality invests such heightened emotion like love and hate into such an empty pastime.
If you are old enough to have been a sports fan in the 50's and 60's ,watching hall of fame players like Jerry West,Elgin Baylor,Bill Russell, Sandy Koufax,Carl Yastrzemski,Gordie Howe and Al Kaline.....you would never be happy 'rooting' for players and teams now.

A uniform as beautiful as the redwings or black hawks,is a precious cultural work of art because the number 9 on the back evolved to achieve great meaning...because Bobby Hull and Gordie Howe wore them for 20 years.

I can respect Derek Jeter as a throwback to the golden age of sports.

I am from Boston .I followed the celtics during the Bird years.

I rooted with great pride and compassion for Bill Walton in 1986 because he was a real champion,making a comeback,after being retired for 7 years. ...and he earned a place in the hearts of fans.

Pro sports in this day and age is like all of american 'culture' half dead ,half fake,half corrupt,and a pale imitation of what it used to be 40 years ago.