For those readers of AllAllan who are not subscribers to AllanTrends, below is my Market Close Update that was sent out today, February 15, 2012 after the close of trading. I'm posting it to illustrate the kind of content that is part of the subscription service as well as to give all the best trade of the year, which is not NNVC (although it might be) but is a call on a substantial increase in volatility, either just around the corner, or, it may have already begun. 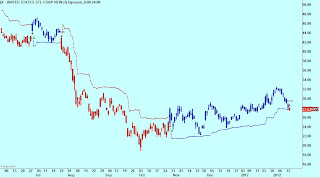 The recent reversals LONG by the VXX Trading Models are all profitable, but it hasn’t been without a fight. There are a number of fundamental factors that have me once again on the edge of my seat, so I am comfortable holding VXX, TVIX and/or VXX calls, all LONG. Though my confidence in these positions is mechanical, objective and disciplined by the very nature and tenants of trend following, the fundamental backdrop is subjective, scarier and emotional.

(1) The Mideast. The rhetoric here is reminiscent of the times before major conflicts have erupted in the past, except now all sides possess weapons of mass destruction. This rhetoric might be subterfuge for a secret understanding among the parties to limit the animosities to inflammatory accusations, but if so, it is a dangerous game to be playing with irrational geopolitical forces. If there is no such tacit understanding, it is just a matter of time before all hell breaks loose.

(2) European Private Sector. One bank over there goes under and the global financial network begins playing dominos, or worse yet, “last bank/government/continent left standing.” It will begin while we in North America are asleep. The ensuing trend in our equity markets will be a whopper. We will make a fortune, at least on paper, as withdrawing from our accounts may become problematic.

(3) Black Swan Event. The above two situations are so ominous that there is a chance of some Black Swan event coming out of nowhere that triggers all of the above.

In light of precariousness of everything right now, I don’t see how you can’t have some hedge against the worst case basis: A six-month call on VXX at a minimum. As Nike promotes, “Just Do It.” 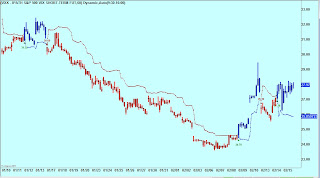 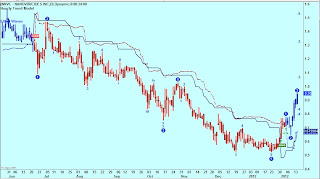 Hi Allan,
Thanks for posting these updates, both on NNVC and on the overall market... very thoughtful of you...
AR.