I gave these three new names to my subscribers over the weekend.  As I wrote at that time,

These three names are HIGHLY SPECULATIVE and depart from the usually conservative nature of our Trend Following methodology. It's possible that all three can be cut in half in week, a day, or an hour.  Conversely, all three could soar, doubling or tripling, or even more in a week, a day, or an hour. HOW we make money here is no less important then MAKING MONEY. We've seen that the Trend Models work i.e. they make money, so we are allowed to take a flier, or two, or in this case three, every once in awhile. 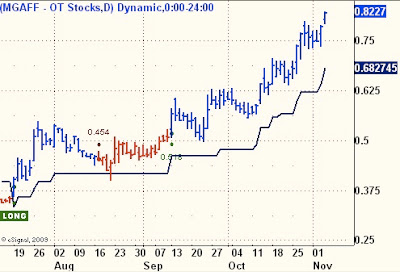 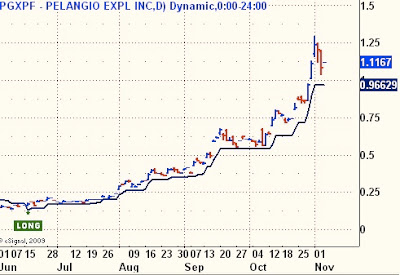 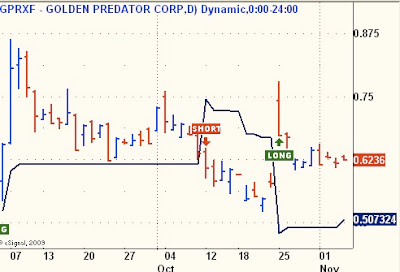 Golden Predator
Posted by A at 7:01 AM

(....a public service announcement from "oops,I missed it stock watch")

big breakout on almost all charts.

next few days should be interesting.